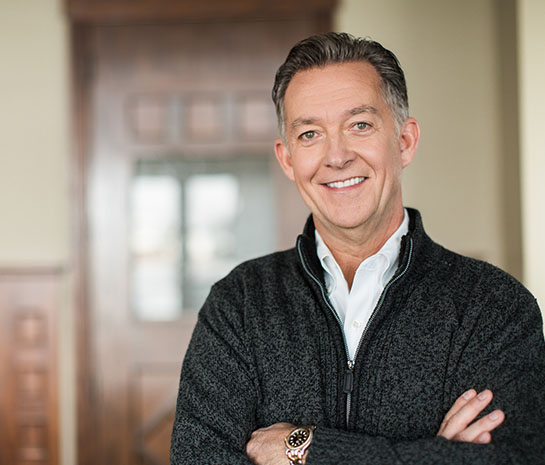 Not Your Dad's Retirement

Forget the countdown to age 65. The road to retirement could be taking a new turn. It no longer seems to be the straight, clear path it once was.

“Twenty years ago, the vision of retirement was that we would all stop working at age 65, have cake and punch, get a gold watch and never set our alarm clocks again. We’d play shuffle board and wear aloha shirts,” said Catherine Collinson, CEO of nonprofit Transamerica Center for Retirement Studies.

Perhaps that notion of a traditional retirement was more myth than reality, Collinson points out. Nonetheless, it’s a stereotype that persists in the minds of many.

According to a 2017 Gallup poll, 74 percent of Americans say they plan to work past a traditional retirement age, either part time or full time. In contrast, in 1995, only 14 percent said they would work after 65.

Research conducted by Home Instead, Inc., franchisor of the Home Instead® network, reflects incompatible attitudes about retirement in surveys of those who have returned to work or volunteerism after an announced retirement compared with older workers planning to retire within the next five years.

Financial influences could be at play. Money proved, by a wide margin, to be the most consistent theme causing people to return to work (at 71 percent) in Home Instead’s research.

In addition, financial incentives could influence older adults to keep working longer. For example, individuals born between 1943 and 1954 don’t receive full retirement benefits until age 66, according to the Social Security Administration. In addition, some financial planners recommend working until 70, the maximum Social Security benefit age, which can mean a higher monthly benefit for those who work longer.

Financial fear also is a motivator to keep working. Twenty-seven percent of those in the Home Instead study said they returned to work for fear of running out of money. In addition, the Transamerica Center for Retirement Studies 2017 survey: “Wishful Thinking or Within Reach: Three Generations Prepare for Retirement,” found that only 18 percent of respondents were confident they would be able to retire with a comfortable lifestyle and more than half (53 percent) will retire after 65 or not at all. Another 56 percent will continue working at least part time.

“Today people have the potential to live longer than ever before. In a recent survey, we asked workers: ‘How do you envision transitioning into retirement?’ Only 23 percent said they planned to immediately stop working,” Collinson said.

“It doesn’t make sense to work 30 to 40 years to try to fund a 30- to 40-year retirement. We need a purpose and to stay engaged. Boomers are blazing the way. So many are working past 65 with a desire to continue working into retirement on a part-time basis and then make a flexible transition into retirement. That means that full retirement is no longer a point in time. The transition could be a decade or more, and involve shifting gears and working in a different capacity or finding a flexible arrangement, all with more time for family.”

Marci Alboher, Vice President of Strategic Communications for Encore, agreed. Encore is an organization that helps those in mid-life put their skills and experience to work, often in the non-profit world, innovating new models for purpose and impact in the second half of life. “The reality is that older workers are here to stay. The new face of retirement is work and, for most people, that needs to be paid work. The latest Pew research shows that more Americans 65 and older are working than at any time since the turn of the century, and spending more time on the job, too. The best way to transition is to give yourself time to experiment, trying out new experiences, new roles and new ways of working,” she added.

It’s Not Just About Money

“People want and need to work for a variety of reasons, which are not mutually exclusive,” Collinson said. “While research points to financial reasons, almost as many note the desire for healthy aging and maintaining social connections. Often I’ll talk to journalists and they’ll say, ‘Isn’t it a tragedy that people have to work longer?’ I’ll say, ‘No.'”

Wanting to work and continuing in the workforce are not always mutually compatible because of a variety of factors such as health issues or lack of job availability, Collinson said. Research shows that women can be particularly vulnerable if forced into retirement sooner than expected, she noted, because they have saved less than men – often a result of the pay gap, time out of the workforce to raise children and care for aging family members, and less access to benefits. Moreover, women generally live longer than men which means they need to work longer and/or save more.

Other challenges are preconceived ideas of older adults. “The stereotype is that older individuals are sitting in a chair waiting for the sun to set,” Collinson said. “Employers may be stuck in that mindset. Especially since the Great Recession, many employers have been trying to do all they can to keep their businesses viable and profitable. Implementing benefits such as flexible retirement options may not be a priority,” she said.

“Perceptions of older workers haven’t caught up with the times,” Encore’s Alboher added. “Stereotypes abound: that older workers are not open to new learning or that they are too expensive to employ. Yet the reality is the opposite. Older workers stay on the job longer, are open to new ideas and are interested in continued opportunities.”

An older workforce also should prompt a mind shift in retirement and employment models. “As a society, it can be difficult to retire old norms about retirement,” Collinson added.