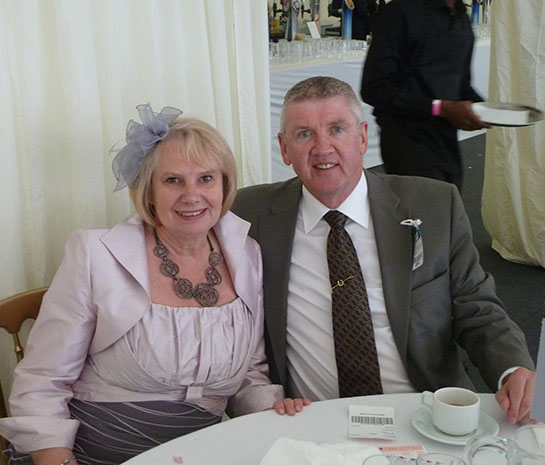 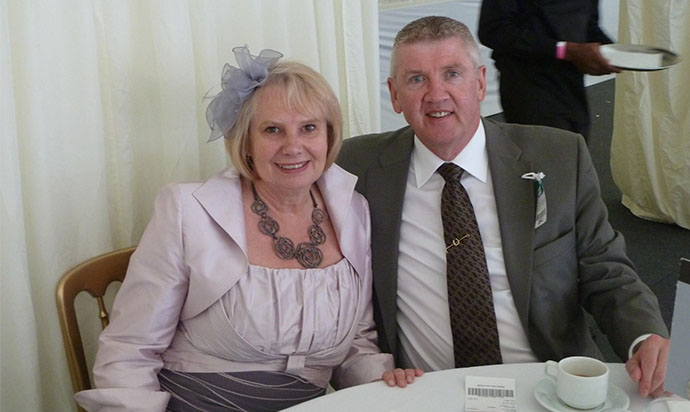 Having served 23 years in Britain’s regular Army followed by 20 years in the Reserve Army (similar to the U.S. National Guard), Dave started looking for work soon after he retired in 2015 at the compulsory retirement age of 60.

“While my Army pensions meant that we had enough income for me not to have to work, I decided to seek employment for two reasons,” Dave said. “Even though I could wake up on any given morning and think, ‘Great, I can do whatever I like today,’ that quickly became, ‘What am I going to do today?’ And secondly, I knew a part-time job would be helpful in paying for those little extras in life.”

Dave’s love of sports drew him to a job in a betting office, popular businesses in the UK where patrons can bet on their favorite sports. Dave’s strong work ethic soon had his new employers calling on him to work more hours and even to be an assistant manager. “While I was capable of doing all that, it’s not what I wanted. So, after six months, I decided to call it a day.”

His next gig, a job in a national health service discussing prescriptions with callers, took Dave down a similar path. “After six months, I couldn’t get the days off I wanted. It was not flexible and they wanted me to commit more. It rankled me a wee bit.”

Then his wife, Siobhan, saw a job at the Discovery Museum in New Castle that sounded perfect for Dave. It was. He puts his military background to work at the science and technology museum two to three days a week working with veteran’s groups. The job not only helps him build on his experience, but stretches his creativity. “I’m comfortable with the subject matter, but the application was outside anything I had done.” The job combines the military history of the area with innovation and measurement that will be used to develop new programs.

It provides just the flexibility and challenge he needs. The job also allows Dave to focus on family including two grown children. “As always, in life, the support of your family is paramount. Throughout more than 40 years of military service, I had the total support of my wife and that continued after I had retired and while I searched for the right opportunity,” he said.

“I feel I can come into my job and add to what they’re doing,” he said. “If finances aren’t the most important thing, think about the skills you have acquired over your working life,” Dave advises prospective retirees. “If you’re looking at a job description, look to see what you can apply to that job rather than focusing on what you might not be able to do.”